NO. 6 seed Birmingham (19-14)- Justin Rorick brought home the go-ahead run to give Patriots the lead in the sixth inning, as Birmingham hung on to beat Chatsworth 6-3 on Saturday. Rorick racked up two RBIs on one hit for Birmingham .Jonathan Russomano worked out of seven tough spots for Patriots. He pitched 5 2/3 innings and allowed one earned run on four hits. Russomano faced his toughest situation in the sixth inning. Adrian Rodriguez of Birmingham struck out Garrett Kueber  giving Birmingham a 6-3 victory over Chatsworth and its first Division I championship since 1969.

Birmingham pushed one run across in the fourth inning to start the scoring. Birmingham scored runs on an RBI double by Ray Ruvalcaba.

Chatsworth answered Birmingham top inning with one run of its own in the fourth. Chatsworth scored on an RBI single by T Ryan.

Birmingham built upon its lead with two runs in the seventh. A sacrifice fly scored Victor Mercado for the inning's first run. That was followed up by Ryan Mendoza's single, plating Ruvalcaba. CONGRATULATIONS BIRMINGHAM BASEBALL!!! 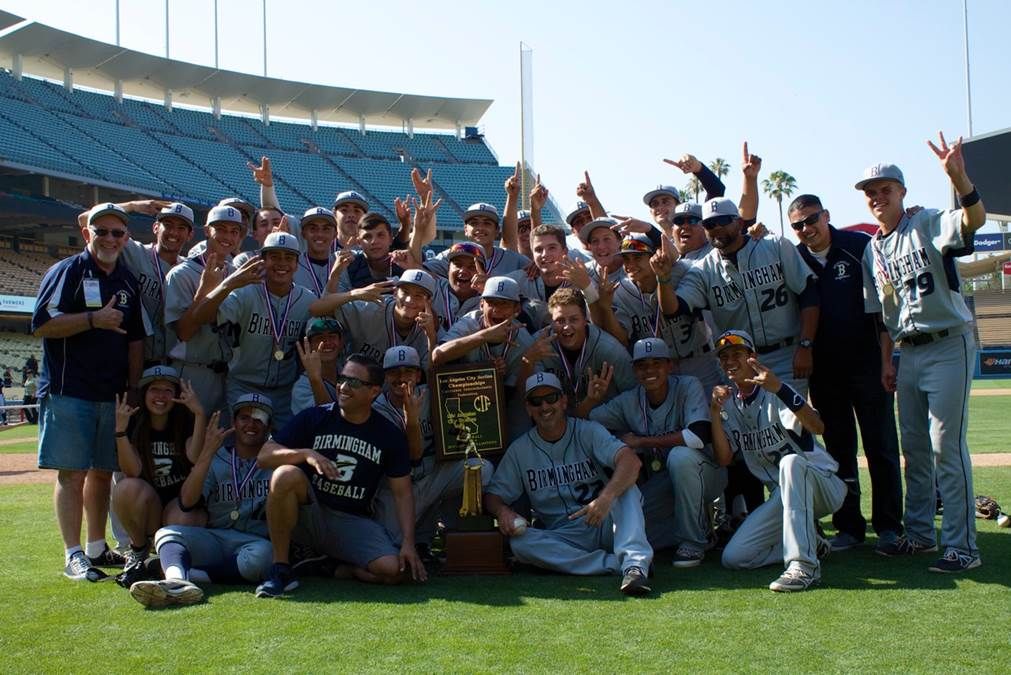